I was recently listening to The Real Health Podcast with Karl Henry when he was interviewing The Happy Pear. It was heart-warming to hear Dave and Stephen Flynn speaking about their dietary approach in a much more open and honest way than I have ever heard them speak before. They each ice-cream!! They are flexitarian and they’re cool with that.

Generally speaking, I would describe my diet as predominantly plant-based. I say “predominantly” because I enjoy meat and fish where and when I wish and without any guilt. For example, yesterday I was at a work lunch and opted for a chicken sandwich because it was more appetising to me than a vegetarian quiche. No big deal.

One of my new year’s resolutions this year was to become more conscious of my food choices and think about how they could be more sustainable. My goal was not to make a drastic and sudden switch to veganism. Hello flexitarianism. 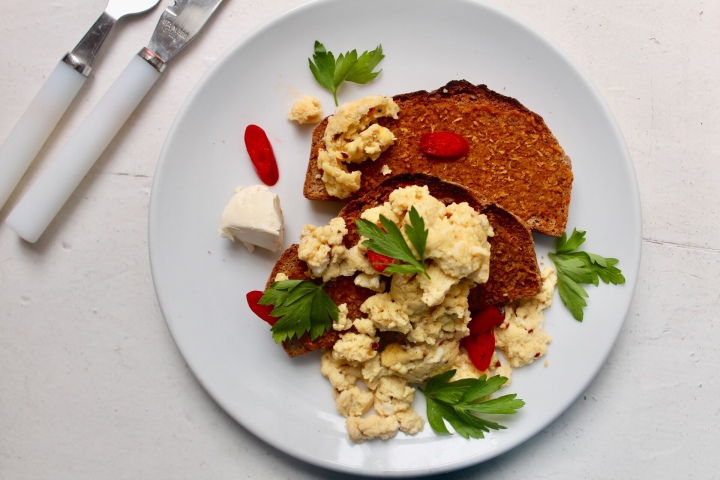 Over the past seven months:

Most importantly, I have learned that there is no right or wrong way to embrace flexitarianism. While people may judge you for not switching entirely to veganism, it is imperative that you do not feel under pressure to do so. While veganism may seem trendy, ethical and sustainable at the moment, it doesn’t mean that it is achievable or attractive for everyone. Do what suits you.

We often only hear one side of the argument for veganism. We hear that beef-farming is killing the planet. We hear that the seas are being over-fished. We hear than dairy-farming takes babies from their mothers. But for every argument there must be a counter-argument. The truth of the matter is that the surge in demand for avocados has meant that small farmers have been put out of business due to commercialisation and driven into poverty. The production of almond milk demands huge volumes of water, much more than is required to process dairy milk. Transportation of exotic fruits and vegetables to Ireland has a huge carbon footprint.

The next time someone judges you for not following a vegan diet, remind yourself that they are only speaking one side of the argument. Flexitarianism is a dietary approach that is believed to have long-term benefits for our health and for our planet. Embrace it in whichever way you see fit for you and your family. If you are in need of some plant-based meal inspiration to support your flexitarian ways, check out my Pinterest boards for sweet and savoury recipes.

2 thoughts on “Food for thought: The Flexitarian Approach”

Another day another stirfry 💘 I think it's one of my fave dinners 🤔
It's doesn't get more basic than making a stirfry and using a pre-made sauce 🙌🏻 because really it's too hot to me faffing about in the kitchen for too long 🤣🤣🤣 Chicken and veggie stir fry with garlic, ginger, red pepper and baby corn 💯
Sweet potato never tasted so good @dropchef 💯🤤 Little rostis with a spicy tomato sauce! Just perfect on this sunny summer evening 🌻 Happy weekend 💓
Ever get to the end of the week and think you have no food in the house and then the bits and pieces all come together to make something delicious 🤤 Here we have a ratatouille type dish with nuts and seeds rice 💓 Dreamy on this beautiful summer evening 💯
Delicious dinner tonight using ingredients and recipe from @dropchef 👩‍🍳 The original recipe was mango and honey #halloumi with mango salsa and black beans so here I'm having the leftovers with brown rice 💯 The mango salad with mint is so summery - exactly what's needed on this warm evening in #Dublin
I don't particularly like sweetcorn but these fritters from @dropchef have me almost converted ☺️ The original recipe is serving the fritters with spicy beans 🤤 which I made yesterday 🙌🏻 Today serving the leftover fritters with a delicious dahl ❤️❤️❤️ always a winner in my books 🎈