I was a late adapter when it came to Netflix. It has really only been this year (2020) that I have gotten into it and I must say, there are lots of great shows on there. From movies to documentaries, there is something for everyone.

Michelle’s Obama’s memoir, released in 2020. Becoming is one of the the few audiobooks I have listened to and I highly recommend it. On Netflix, Becoming follows Michelle Obama as she launches her book across the United States. If you are a fan of the former First Lady, I highly recommend this single-episode documentary. If you are really keen, I would encourage you to read or listen to the book/audiobook in advance. What I loved about the Netflix show was how I could finally put faces to the names that Michelle spoke so lovingly about in the her written memoir.

A documentary taking a look into the scandal of child-abuse in US gymnastics. This single-episode documentary is not for the faint-hearted. Over the course of 105 minutes, we get an insight into the horror experienced by young children at the hands of “responsible adults” in the US gymnastics industry and how the scandal was exposed to the public.

Ten-part fictional series following the investigation of a young man who was murdered in Ibiza ten years previously. This is not one to watch with your parents – think Normal People. An additional word of warning – episode three is particularly gruesome and episode four contains a weird scene featuring toads! If you only watch one series between now and the end of the year, I recommend you choose White Lines. This was the closest I got to Ibiza this year after my holiday plans were cancelled due to COVID. 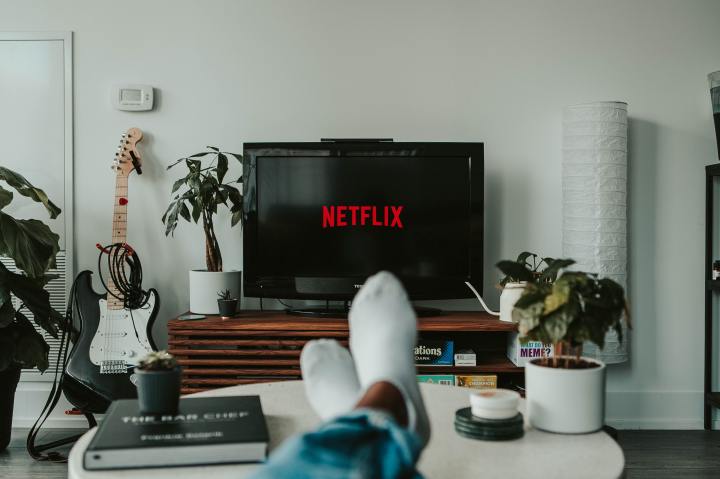 I started watching Money Heist thinking it was one season with four episodes. It is in fact a four-part series with up to 13 episodes per season. However, despite it being much longer than I anticipated, I got sucked into the drama of the Spanish thieves and I am currently on season three which is actually my favourite so far. This series is dubbed as it was originally created in Spanish but don’t let that turn you off watching it. Hey, if you are somewhat versed in Spanish, watching the original may be a way for you to brush up on your linguistic skills.

Think The Truman Show. The Social Dilemma is a docu-drama exploring the crazy world of social networking and highlighting where we may need to be more cautious. This 90 minute one-off it well worth a watch on a Friday night after work, snacks and wine mandatory. Note, you may want to throw your phone in the ocean after this, just a heads up.

If, like me, you are more into reading than you are into TV, you may wish to check out my reading list and challenge for 2020. If you have an suggestions for what I should read or watch next, hit me up on Instagram or send me your suggestions through the contact page.

Lots of fun out at Bray sea front on St Brigid's Day 🇮🇪 Raising awareness for @womens.aid by striking a warrior pose 🧘‍♀️ and enjoying a gentle yoga flow 😍 Cute beanies from @gympluscoffee 💜
My golden retriever x husky 🐻‍❄️ ... Who doesn't retrieve and doesn't howl 🤦‍♀️🤣
New recipe on the blog 💕🍪 Chocolate chip cookies! Save reel or click link in the bio for recipe ✅
A small selection of 2022 moments ✨
A year of reading 📚 My target this year was 36 books and I read exactly that 🎉
Christmas Cake 2023 💓🎄 Link to recipe in the bio!